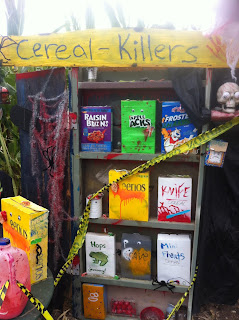 Quick announcement: Journey's of Wonder Volume one is being offered for FREE download October 29 and 30!

Okay, Halloween's in a few days - one of my favorite holidays of course. But you know what scares a lot of writers? NANOWRIMO!

If you don't know what it is, November is novel writing month where you pledge to write 50,000 words by the end of the month. Check out the link if you're interested and don't be afraid to friend me.

I love Nano! I revel in getting lost in that initial draft. To me that's the most exciting part of the process. Will I do it this year? I'm going to try, but with the baby it will be challenging. I like challenges. I work well under pressure. And besides, when it's all said and done, I'll have more than I would have if I hadn't attempted it.

So what are my tips?

Have you done Nano before? Planning to do it this year? Why or why not and what are some of your tips?
Posted by Lisa Gail Green at 3:30 AM 13 comments:

Email ThisBlogThis!Share to TwitterShare to FacebookShare to Pinterest
Labels: nanowrimo 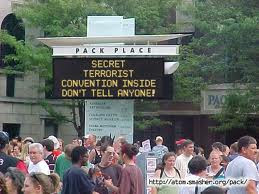 Show don't tell! We hear it all the time. But is it true? And what does it mean exactly? What it really says is, "Don't be lazy!"

Suzie rubbed at her eyes, trying to focus on the letter, but the soft mattress in the corner kept drawing her attention.

That was a simple example, but what about when it gets more complicated? Sometimes you have to tell. Sometimes you even have to do both. I've had times when I thought I'd so cleverly (I love to pat myself on the back) shown the MC's feelings when in reality all my betas came back and told me they wanted to know how she/he felt about something that happened. Obviously I wasn't clear enough. So what did I do? Added internal thoughts to the actions. Sometimes even came out and said it.

Here are some questions to ask yourself when deciding how to word things:

What questions and examples can you add to the list?
Posted by Lisa Gail Green at 3:30 AM 12 comments:

Email ThisBlogThis!Share to TwitterShare to FacebookShare to Pinterest
Labels: telling vs. showing

An Anthology of Genre Fiction

Journeys of Wonder: Volume 2 – the second anthology in a series of genre fiction. Quick on the heels of Volume 1 this new volume brings back some favorite authors and introduces a couple of new ones.

Featured in this volume are five incredible tales – each of which will leave you in wonder and amazement.
1. CAL by Lisa Gail Green: A young man challenges his father after falling in love with a cybernetic life form.
2. The Terrible, Perfect Duet by Trysta A. Bissett: Cicadas, insomnia, and high school. What could possibly be more horrifying?
3. Helios by Leslie S. Rose: As humanity flees the wrath of Earth's dying Sun, a daughter's quest to claim her birthright jeopardizes the chance to escape.
4. Encrypted by Ian Kezsbom: Spies. Codes. Murder. A thriller about a man on the run – hiding a secret that others would kill for.
5. Lighting the Sacred Way by S. P. Sipal: Set during the time of the Roman Empire, a woman tries to vanquish the evil spirit residing within her. One that arrived on the day her husband was murdered.
On sale only at Amazon.com! $.99 for a limited time or free through the Amazon Prime lending library!
Visit us at: www.journeysofwonder.com

Email ThisBlogThis!Share to TwitterShare to FacebookShare to Pinterest
Labels: Journeys of Wonder

It's All About Character

Yes, yes, I know, plot is important too. But think about it, why are the popular books popular? Because the readers identify with the hero. Is the hero a vampire, hobbit, or alien? Could be. But that doesn't mean we can't identify.

No matter what world your story is set in, no matter what situation your character is in, it is the thoughts, feelings, and interactions with others that make the story worth investing time in. Take HP for example. Yes it would be awesome to discover we have wizard powers and can go to Hogwarts, but it's the relationships between Harry and the others that keep us reading. It's wanting to see this likable kid who's had a bad time of it come out on top.

Can we the readers identify with Harry? Of course! Are we wizards? Did we grow up in a broom cupboard under the stairs? Probably not, but we've sure been the odd man out at times. We know what it's like to be the underdog or feel inadequate or awkward, right?

When you write, you have to draw on those experiences and emotions you've experienced. Even if say, you're MC happens to be a leprechaun and is facing his worst fear - a wild unicorn, take that time you were five and the giant doberman next door got loose and ran right for you. Then just... extrapolate! That's why we're writers after all. ;D

What identifiable traits does your current MC have? Which MC have you fallen in love with and was it because you were ale to live vicariously and identify?
Posted by Lisa Gail Green at 3:30 AM 14 comments:

Continuing Education Through The Blogosphere

I remember after only one short year of blogging I felt like I had earned a masters degree through self-study online. There was so much information I had to learn I thought I would explode. I continued on that way for quite a while. Then recently something happened. I realized that some "rules" seemed to change. Not hard and fast grammar rules or anything - just style issues that used to make you appear either professional or not. Things like opening with action vs. taking time to get to know your character (preferably you can manage both), or being as brief as possible in a query.

So what was I to do?

Granted, these apparent changes aren't always mutually exclusive, but it made me realize something. Things change. Times change. Paranormal, which was hot when I started (lucky for me, right?) is now a hard sell. Who knows? Omniscient might be back in style soon!

The question became, do I stick to the old ways, being stubborn? Or do I buck up, dive back in and start learning again?

No matter where you are in the process, never assume you know it all. Because when someone acts like they know it all? I take it with a grain of salt. We can always grow, learn, and improve. That's one of the wonderful things about the craft of writing.

Share in the comments one new thing you've learned in the last week and check out the other comments!

Email ThisBlogThis!Share to TwitterShare to FacebookShare to Pinterest
Labels: education

First of all, congratulations to the winner of VANQUISHED: Nikkihasabookshelf!

Amy asked a couple of weeks ago to see a post on unreliable narrators and I thought that was a great idea.

First we need to understand what an unreliable narrator is. Does that mean the MC lies? Well, it can. But it can mean more than that as well. No matter who is telling a story, his own perceptions, memories, and feelings will influence what he recalls or even if he recalls what actually happened. So as a writer when I write in first person, I have to find the character's voice and experience everything from her perspective.

What am I saying? Character is everything in this situation. That and filtering through the character's eyes. If your MC is conceited, for example, a great way to show that is to have her make an obviously neutral situation all about her.

But if you're writing a story that needs an unreliable narrator for plot purposes here are some rules to remember: