It was another really TOUGH decision. You guys must be writers or something, because they were all good questions. Even the silly ones. ;D But I had to pick a winner, even though I will be answering many of your questions in the coming weeks. So without further ado...


And her question was: "When do you show backstory and which character do you use to do it most effectively?"


I'm going to make you wait until next Monday for my answer. I know it's mean, but here's the update: I'm expecting to give birth in the next couple of weeks. SO, I may be behind in responding to comments and visiting blogs for a bit. Please hang in there and don't give up on me though! This isn't my first (or second) so I can confidently say I"ll be back. I will schedule posts to answer your questions in the meantime and I still love getting your comments! I always read each one.
Posted by Lisa Gail Green at 3:30 AM 8 comments:

Email ThisBlogThis!Share to TwitterShare to FacebookShare to Pinterest
Labels: contest winner, when, where, who 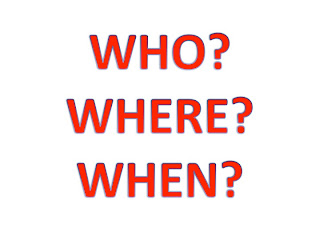 Our E-anthology, Journeys of Wonder, is available for free download on Kindle today and tomorrow! Spread the word!


Here's another thing I'd love you to spread the word about. Some of you may remember my series of WHY and HOW posts that I did a while back. I really enjoyed those, and especially answering your writing questions. Plus it's been a while since I've done a contest! SO... DUN DUN DUN.


I would like to do a series of posts on WHEN, WHO, or WHERE. Meaning, ask me in the comments a clever question about when to do something, who to do it to (or send it to, etc.), or where certain things belong, and I will: A. Pick the best question and give the winner a prize! (leave your email so I can contact you) B. Do my best to either answer your questions to the best of my ability or find a guest poster who can.


Good! OH and the prize?? Let's go for a $10 Amazon gift card this time! Only those eligible for me to send that through email please.
Posted by Lisa Gail Green at 3:30 AM 11 comments:

You Aren't That Interesting

Before I start - if you'd like to win a $15 Amazon gift card visit Journey's of Wonder.


Now to the post! I know a young lady going to USC this fall for Screenwriting. She shared the title of one her potential classes with me and not only did it crack me up, it made me think. So here's my take on the term: Just because it happened to you doesn't make it interesting.


We hear all the time the advice, write what you know. But that doesn't mean a literal recounting of your life. Well, I suppose there are a lucky few who've been through some pretty amazing stuff. But the vast majority of people... not so much.


What it DOES mean is that we've all experienced similar emotions. Whether it was from losing a loved one, or your goldfish when you were six, you experienced something called grief. It's that feeling that you have to capture. The situation you can extrapolate. But the visceral reaction that underlies it, that's what you want to evoke. If you can do that to the reader, then you've made a connection that means everything. How? Well, NOT by revisiting your own life in detail. Instead truly understand your character and put them in situations that will evoke those emotions.


Doesn't that class sound fun though? That's my type of humor!
Posted by Lisa Gail Green at 7:00 AM 17 comments:

Email ThisBlogThis!Share to TwitterShare to FacebookShare to Pinterest
Labels: Character, Write what you know

I'm guest posting today on the specific revision process of one of my short stories over at Journeys of Wonder. Come say hi!
Posted by Lisa Gail Green at 7:46 PM No comments:

My daughter has a habit of irritating her older brother by insisting that unicorns are real. It's something she loves because it bothers him so much. Most recently she's insisted that there's a unicorn that eats all of his socks (you know how they disappear). And it got me thinking...
One of the things that can make a character unique is adding a quirk. We're all a little odd, aren't we? I know I am. Some of those endearing (or not so endearing) idiosyncrasies can make an MC or supporting character - or even antagonist - jump to life. It has to fit though. It has to feel real. I totally believe that my daughter's unicorn could be sneaking around eating socks. :D Here let's use some actual examples, shall we?


What kind of quirks have you used for your characters? What are some of your favorites that you've read? Do you believe in sock munching unicorns?
Posted by Lisa Gail Green at 3:30 AM 20 comments:

Email ThisBlogThis!Share to TwitterShare to FacebookShare to Pinterest
Labels: Character

Shiny new ideas are so much fun! But how many of your shiny new ideas become full fledged books? If you're like me, you have numerous false starts on your laptop. Though hopefully they eventually become something, they may not. I don't fret over it because I know that each time I set fingers to keyboard, I'm furthering my writing abilities.


But have you had the opposite happen? You feel like you need to write something and can't come up with an original idea? I suppose it depends on the writer. But here are a few suggestions that can be used to take an ordinary idea and flip it on its head OR take that shiny new idea that's not going anywhere and uncover the hidden gold.


Sometimes it takes time to find the heart of your story. Sometimes it's a character that won't leave you alone. Don't ever count anything as waste, you never know what will occur to you later!
Posted by Lisa Gail Green at 3:30 AM 17 comments: