I've asked my good friend and fabulous writer, Julie Musil here today to answer one of your excellent questions! If you haven't visited Julie yet - WHAT IS GOING ON WITH YOU???? Um, I mean, you should. 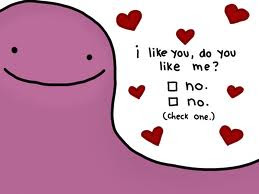 In the comments of Lisa's "How?" post, Meredith asked, "How do you skate that fine line between having a strong character with many, many flaws and having a character who's unlikeable?"

When Lisa asked me to tackle this subject, I wrote, "LOL! I'm the last person who should write this post, since I've done it all wrong!" But Lisa knew I'd struggled with this, and when we struggle, we're forced to study and learn. So I'll happily share my observations using some of my favorite examples.
Katniss Everdeen from "The Hunger Games"
(stubborn, rebellious, manipulative)
Katniss wasn't a whiner, even though her circumstances were dire. Early on we were shown her struggle to survive, and the importance of the people she loved. The scene where she volunteered to take her sister's place in the Games endeared readers to Katniss. We rooted for her as her life became a complicated, dangerous mess. When she used her supposed negative qualities against evil, they became her saving grace.
Mr. Darcy from "Pride and Prejudice"
(prideful, arrogant, selfish)
In this post, I broke down why Mr. Darcy was the ultimate likable unlikable character. He was misunderstood, and Austen did a wonderful job of showing this throughout the story. In the opening, he was horrible to Elizabeth Bennet. As the story unfolded, we witnessed kindness and vulnerability behind the veneer, and we loved him even more. Austen accomplished this through subtle "Save the Cat" moments.
Nick Levil from "Hate List"
(lonely, angry, bitter)
In this post I shared how impressed I was by how the author created a sympathetic villain in Nick. He killed fellow students. He was a monster. He should be hated. But the author dropped in snippets of backstory that allowed us to peek inside Nick's life, and experience how tortured he was. Readers understood Nick, even though he'd done a horrible thing.
Here's one of the main lessons I learned when studying negative traits and unlikable characters--readers need to know why the character is the way he is. Bullies don't just become bullies out of thin air. Something in their past took them down that road. Probably something painful, even humiliating. Once the reader understands this, there's a better chance they'll root for our characters, even if they're less than perfect.
We've all learned that protagonists can't be all good, and antagonists can't be all bad. Doing character worksheets, such as this one on Jody Hedlund's blog, can go a long way toward creating real people, warts and all.
Do you have tips to share about creating a flawed but likable character? Please share!
photo credit
Posted by Lisa Gail Green at 3:30 AM